The new Netflix docu-series, “How to Change Your Mind,” based on Michael Pollan’s book has been getting rave and rabid reviews on social media. Have you started watching it yet? 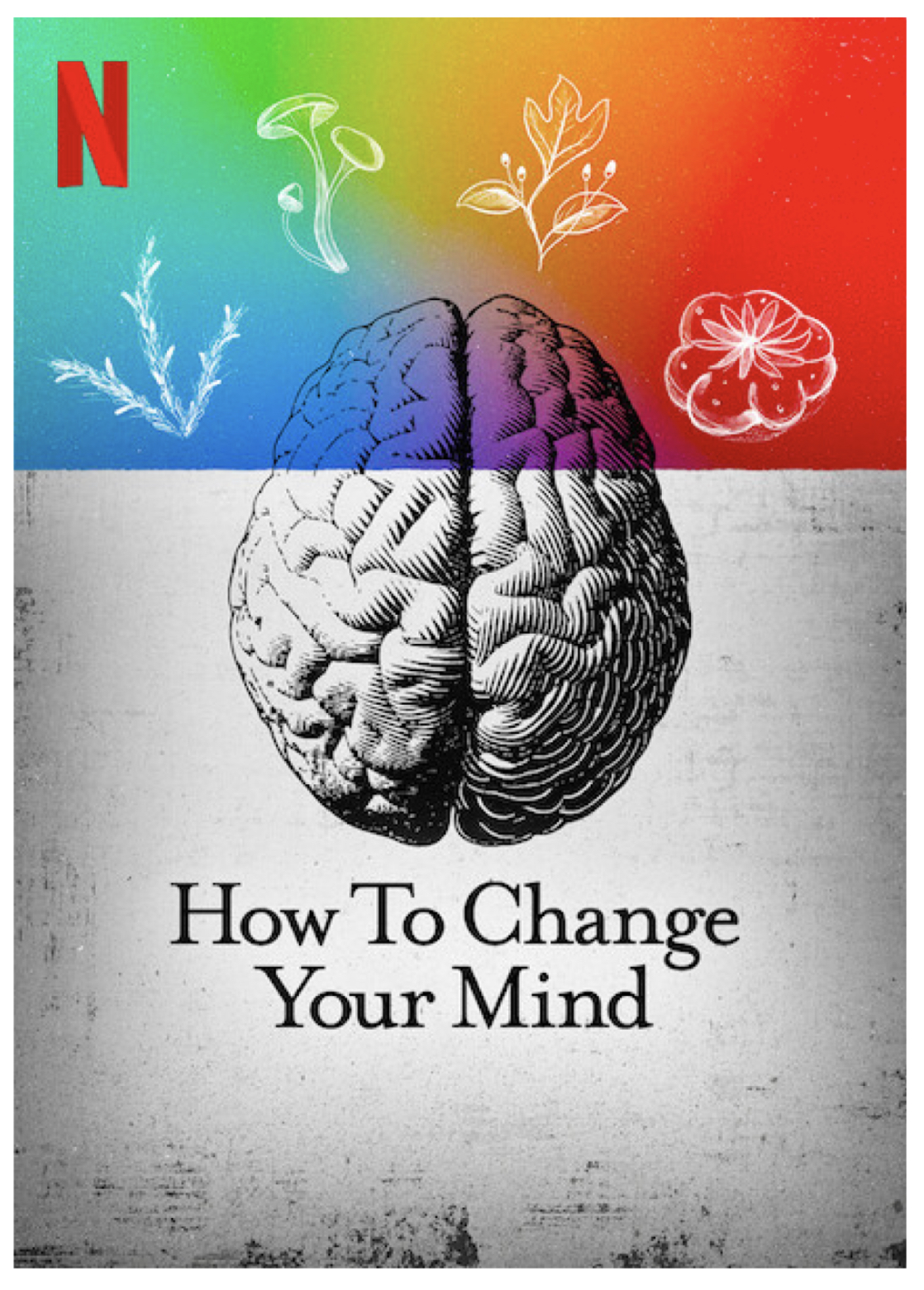 While I have formerly avoided controversy, lately I’ve found myself commenting and sharing my thoughts openly on social media — along with some very controversial views.

I would prefer to see more diverse voice and faces in this documentary (the whitewashing of psychedelics is tedious!) I’m grateful that his book and the series are opening up minds to the healing power of sacred medicines and their synthesized allies.

“We can’t start history of psychedelics in the ‘60s in the Americas; that needs to stop. We [indigenous people] used this medicine before Jesus Christ walked this Earth.” – Lisa M. Macias Red Bear

One of my main gripes with this series and the book, is that Michael Pollan has profited and become one of the most popular spokespersons for sacred medicines that have belonged to indigenous people for thousands of years without giving them sufficient credit.

His book missed a lot of opportunities to highlight and honor the indigenous wisdom keepers who have served sacred medicine in healing ceremonies for millennia— which the Netflix series addresses somewhat. 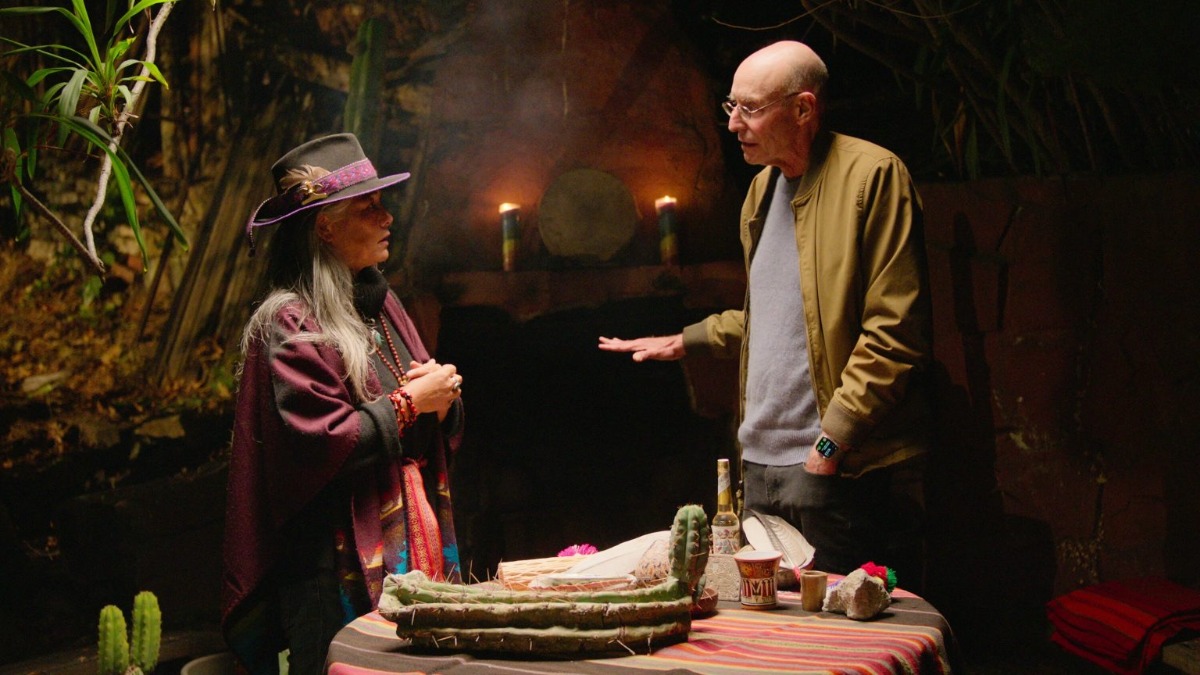 Now for another controversial point: Is it possible that sacred plants and fungi are using the patriarchy to proliferate?

Many people demonize the white bodied people who are appropriating and exploiting indigenous people and their land to benefit from ayahuasca, peyote, iboga, kambo and bufo.

Playing devil’s advocate for a moment… I wonder if cis-het white men, like Michael Pollan, Time Ferris, and Joe Rogan, are also being used by the plants, cacti, fungi, and frogs to help usher in the elevation of consciousness.

I’m not saying that there is not a reckoning due for white people’s behavior — there absolutely needs to be more respect, honor, and recognition of women, indigenous wisdom keepers, and BIPOC. Reparations would also be high on my list of anti-racist actions we need to see.

I’m grateful that the people of the global majority are fired up and are not taking the colonial, capitalist exploitation sitting down. We are standing up and speaking up.

Could this be what these sacred allies wanted all along?

Psychedelics have helped me to reclaim my sovereignty and become more authentic in my self-expression. I have healed from a lifetime of PTSD and childhood trauma thanks to ayahuasca and psilocybin mushrooms. And this is one reason why I decided to add this to my healing practice.

It was while sitting in ceremony with the master plant, ayahuasca, I was able to release fear around success and wealth. And adopting a healthy perspective around wealth is something I’m sharing with others now, too.

Join me November 6-13 at Rythmia Life Advancement Center in Costa Rica to experience ayahuasca in a medically licensed facility.

My workshop is presented over two days.

YOUR CONSCIOUS EVOLUTION: HOW TO LIBERATE, LOVE & LIVE AS YOUR AUTHENTIC SELF

In this workshop, Dr. Andrea Pennington, bestselling author of The Real Self Love Handbook and founder of the #RealSelfLove Movement, presents The Cornerstone Process, the proven 5-step process for self-discovery and life-mastery.

You will learn how to use this powerful framework to integrate the healing and learning you experience at Rythmia and how to continue your process of personal evolution when you return home.

This is a practical framework for integrating the insights you receive from plant medicine into your everyday life.

The Cornerstone Process combines Dr. Andrea’s decades of research and experience in positive psychology, neuroscience, mindfulness meditation, and energy healing. In this two-part workshop, you’ll discover how to activate your innate vitality code and uncover the blueprint for self-healing that is in your DNA. You’ll discover your unique Soulprint and reconnect to your essential being, the Authentic Self, and create your own path to self-love and resilience.

ayahuasca, how to change your mind, magic mushrooms, psilocybin mushrooms

DrAndrea
Dr. Andrea Pennington is a renown integrative medicine physician, Psychedelic Assisted Therapy Facilitator & bestselling author specializing in resilience, self-love and healing trauma with a holistic approach. Blending positive psychology, neuroscience and mindfulness, she will help you to liberate your Authentic Self and find your life purpose. With multiple appearances on the Oprah Winfrey Show, Dr. Oz and CNN she is recognized globally as a medical-wellness expert inspiring you to live with vitality & passion. JOIN ANDREA FOR FREE COACHING in the Real Self Love Movement. Details are at http://bit.ly/DrAndreaLive
Recommended Posts
Booking & Contact
Subscribe to Andrea's Podcast
Apple PodcastsGoogle PodcastsAndroidby EmailRSSMore Subscribe Options
Get Social!

Header photos by In Her Image Photography 💜 www.InHerImagePhoto.com

Copyright All Rights Reserved © 2017 This site is not intended to diagnose or treat a medical condition. Please consult your healthcare provider before changing your health regimen. By using this site you agree to our Terms of Use and Privacy Policy | Online Life Coaching + Personal Branding + Life Purpose Alignment
Contact Us

The doctor is not in right now. Send her a message and we'll deliver it STAT.